Innovation is what’s driving today’s world. That’s why businesses are told to innovate or die. One area where innovation is really needed on our continent is the agriculture sector – and a lot of startups are trying in this regard. This week, the B&FT’s Inspiring Startups caught up with a young man whose passion for innovation made him ignore his father’s will for him to become a medical doctor and move into agriculture – a sector many youths despise. He has moved on to introduce a system of planting without soil. Read on as he shares his story with us.

Cletus Bedi Gadri-Darrah grew up in Teshie-Nungua, a suburb of Accra. He is a product of Achimota School where he studied Agriculture Science. As a very brilliant student, his father wanted him to become the first medical doctor in the family. However, he could not secure a spot in medical school at the University of Ghana and was offered an opportunity to study Agriculture Science – an offer he took that made him fall out with his father.

In fact, his father even withdrew from sponsoring his education because Cletus didn’t heed his advice to rewrite the exam and get grades that would qualify him to study medicine the following year. However, a defiant Cletus would not give up. He used the money he had saved from an internet café business he was running after school to start his university education. Later, his father agreed to support his education – although still being unhappy with him. 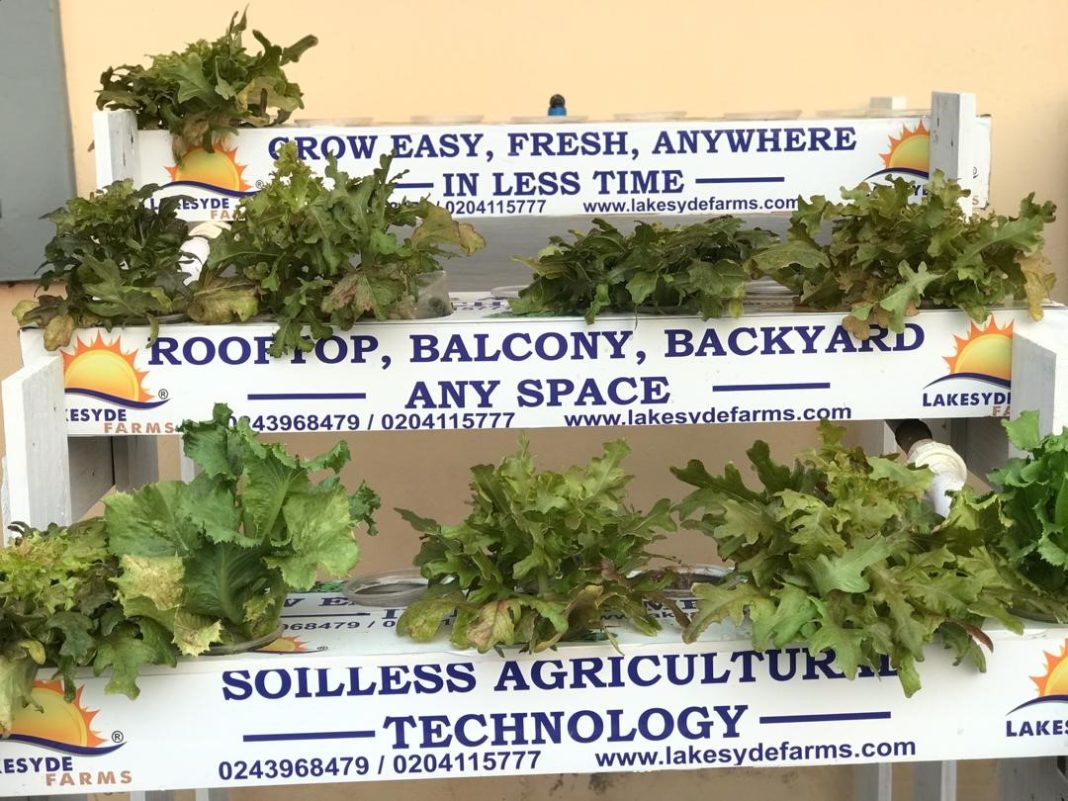 After his national service, he got employment with an NGO that was into agriculture. It was through this job that he became interested in farming, so he rented a land at Sogakope and planted pepper on it. However, certain challenges he faced with the land made him start to think outside the box. And that is what brought about the whole idea of ‘soil-less’ farming.

Cletus said while he was in university, one of his professors was piloting a similar project wherein he started planting with water solution and other materials such as sawdust and manure. So, with that exposure Cletus researched more on how he could improve the system. He got it right and started experimenting with his ideas in a backyard farm. Any plant can grow in the medium; and the technology uses less water than soil needs. Again, this technology cuts down the cropping cycle of plants by about half. The materials used for making the growing-medium are not made of chemicals, hence, making it perfect and healthy for organic farming. All products that come from this soil-less technology are 100 percent safe.

Currently, his enterprise offers to set up this system at homes, offices or anywhere convenient for clients. He also sets the system up for any farmer who wants to try this technology either on a small or large scale.

Cletus’ vision is that it will become a widely-accepted concept, so that it will be embraced by all who want to do some kind of farming – be it backyard garden or large-scale farming. In the era of government’s Planting for Food and Jobs, he thinks this is the best system to push that agenda.

As usual, funding is among the challenges he is facing. His innovation requires modern and sophisticated machines to process the soil-less material.