The Ghana Climate Innovation Centre (GCIC) and the United Nations University – Institute for Natural Resource in Africa (UNU-INRA) presented findings on a project that focuses on how to improve the output of cultivating rice in the country while also reducing the carbon emissions within Ghana and beyond. The participants that gathered for the workshop came from varying entities such as Government, Academia and Agriculture to listen to and eventually discuss the findings of the project.

Professor S.G.K Adiku noted the concerns about the unpredictable weather patterns from concerned Farmers in the North of Ghana. He noted that they have to be precise in their planting to avoid their crops being destroyed by the floods caused by the rains or not receiving a decent amount of soil. Professor S.G.K Adiku also noted the need to investigate the farming equipment used to better understand the carbon emissions that come from cultivating rice. 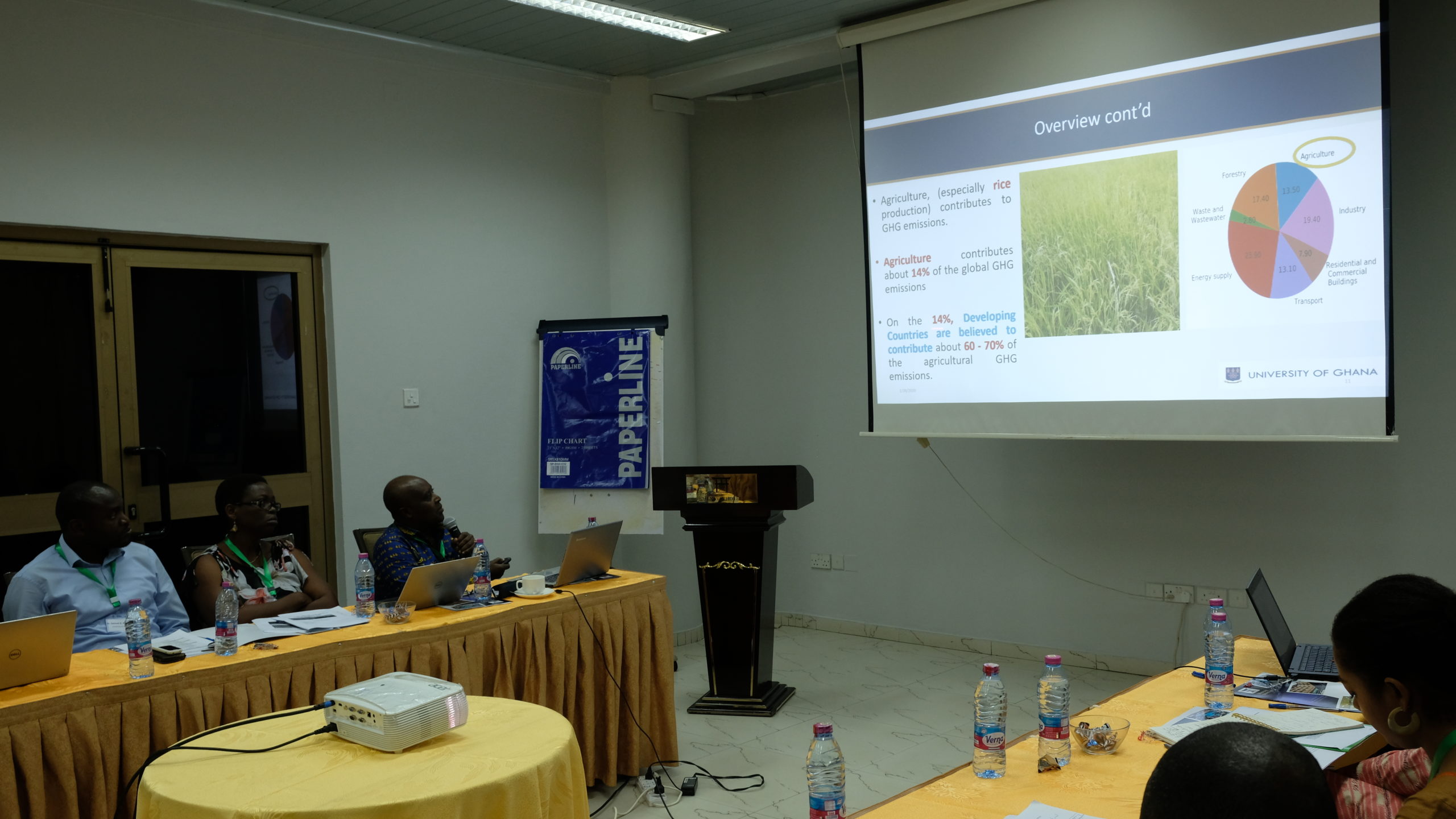 Dr D.S MacCarthy called on researchers to find exact numbers to help farmers to predict trends in farming. This was a sentiment echoed by others in the discussions. Another sentiment that arose during discussions was the way fertilizer is managed. While some farmers confessed to using the soil elsewhere, Professor S.G.K Adiku advised against this citing that the nutrients will not be transported with the soil, thus making it redundant. A representative from the Ministry of Food and Agriculture named Kingsley echoed the same sentiments, stating that we can develop our own emission factors in order to directly measure Greenhouse Gases (GHG).

When discussing policy creation and amendment, the main focus was on the concept of crop residue management and bio-charring. The participants realized the need to promote bio-charring in order to prevent the stripping of the soil’s nutrients, or the creation of methane. The participants also agreed to use different methods of applying fertilizer such as applying into the ground as well as looking into growing other varieties of rice that would emit less Greenhouse Gases.

GCIC is funded by a grant from the Governments of Denmark and the Netherlands through the World Bank, and is managed by a consortium led by Ashesi University, and including Ernst and Young, SNV Ghana and the United Nations University. The Consortium offers the perfect mix of experience and excellence in private sector development, climate change, entrepreneurship, education and training, and research and development know-how.

Through our work 1,129 Metric Tonnes of CO2 have been avoided. Over 200,000 households have access to products innovated by our entrepreneurs and 127 direct jobs have been created with 57 of them being women-led. More than $1.4 million has been received in grants by businesses – about $700,000 of which was disbursed through GCIC proof of concept grants.