Sometimes, it takes boldness to cause a change. Keeping your job may only bury your dreams or talent. If one young man had not made the tough decision of leaving his job with an NGO, he would still be doing the bidding of his boss—a vision he no longer shared. But today, because he took a bold step that resulted in his dismissal, farmers in the Savannah Region are benefiting. Read on as Michael, a co-founder, shares with the B&FT’s Inspiring Startups how Vinmark Farms are transforming the lives of farmers in his community.

Michael Vinyo Addae was born in Accra but spent most of his childhood in Ho, Volta Region. He is a product of Mawuli School and Ho Polytechnic, where he studied accountancy. His co-founder, David Mensah, studied agriculture science at the Kwame Nkrumah University of Science and Technology. Michael, while studying as a chartered accountant, got an employment opportunity with an NGO in Sierra Leone. It became a tough decision for him to make as he was at the final level of the programme. But his responsibility as an elder brother who had extra mouths to feed pushed him to eventually take on the job. 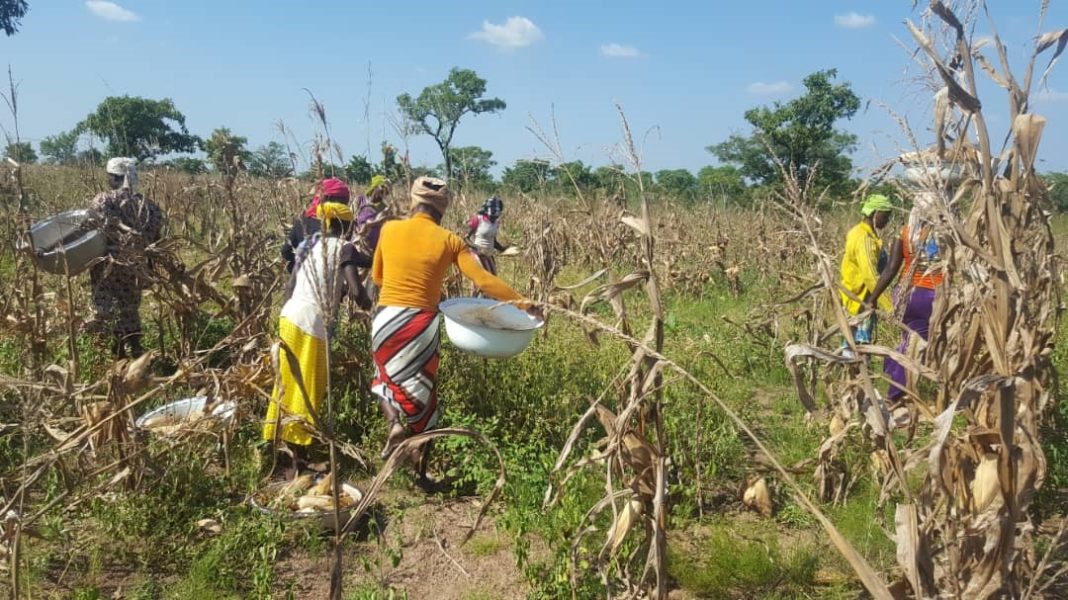 In Sierra Leone, his main job involved working with women on livelihood empowerment in agriculture. Later, when the Ebola disease broke out, he was moved back to northern Ghana to continue his work. However, he had to sever ties with the NGO after some few years, as he no longer felt comfortable with the organisation’s direction.

After leaving the NGO, he thought it was time for him to start his own business and implement the ideas he hadn’t had a chance to push forward. It was around that same time he met David, and they both decided to come together and start a company.

The making of Vinmark Farms

While working with his employers, one of the main problems that Michael identified with most of the projects was their approach to helping the farmers – which he found unsustainable. Farmers were helped to get improved yield and handle post-harvest losses, but after the farming season they went back to their poor state. The impacts on their lives were not that significant.

So, he decided to do things differently by providing holistic solutions that would encompass all the processes – from planting to marketing the produce after harvesting. They registered their company with the name Vinmark and got to work. Their approach is to provide input credit in the form of certified seeds, fertiliser and other chemicals on credit to the farmers. Then they go on to provide farm mechanisation – tractors, harvesters, among others – all on credit. Again, they add extension services and provide access to market during harvesting. So, right from the beginning, they stayed with the farmers through to harvesting and selling their produce for them – and gave the farmers their fair share of the profit.

How this has impacted the lives of farmers 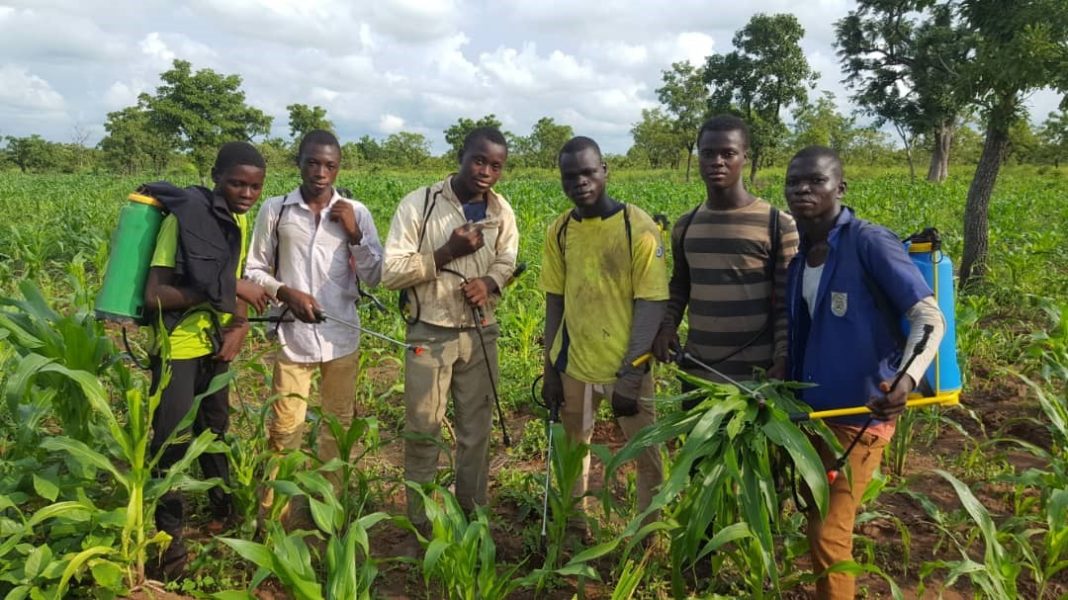 Beside the economic impact, there are also social impacts they are achieving. Most of the young boys who lived idle lives and engaged in all form of negative behavior, such as drug abuse and petty stealing, have been given jobs with the condition of regularly attending school. Through this approach, three of the boys completed senior high school this year – giving them a more meaningful life.

Vinmark Farms has the vision of contributing to food security in the country, as well as redefining agriculture for the young generation to find it an attractive source of employment.

The real challenge has been the main bane of the agriculture sector—lack of capital. Since, it is considered a high-risk venture, most financial institutions are not willing to lend to players. So, they are constrained in expanding their business to reach many farmers. Hence, what Vinmark Farms does is send proposals for family and friends to provide funding for their projects and have a share in the profit of the farm. By that approach, it becomes a win-win situation for both the company and the lenders.

Besides the capital issues, poor road networks continue to impede progress in the sector; and this has always contributed to the many post-harvest losses experienced in the sector.

Another issue is the work culture of the community where they operate. Most farm workers have the habit of working for just half-a-day and taking a full day’s wage – and that negatively affects productivity.

How education has played a role

For Michael, due to his background in finance and accounting – plus the experience he got from Sierra Leone, he is able to write proposals for the company and keep the books well., David also brings on board his background in agriculture to direct affairs on the farm, i.e. applying chemicals among others. 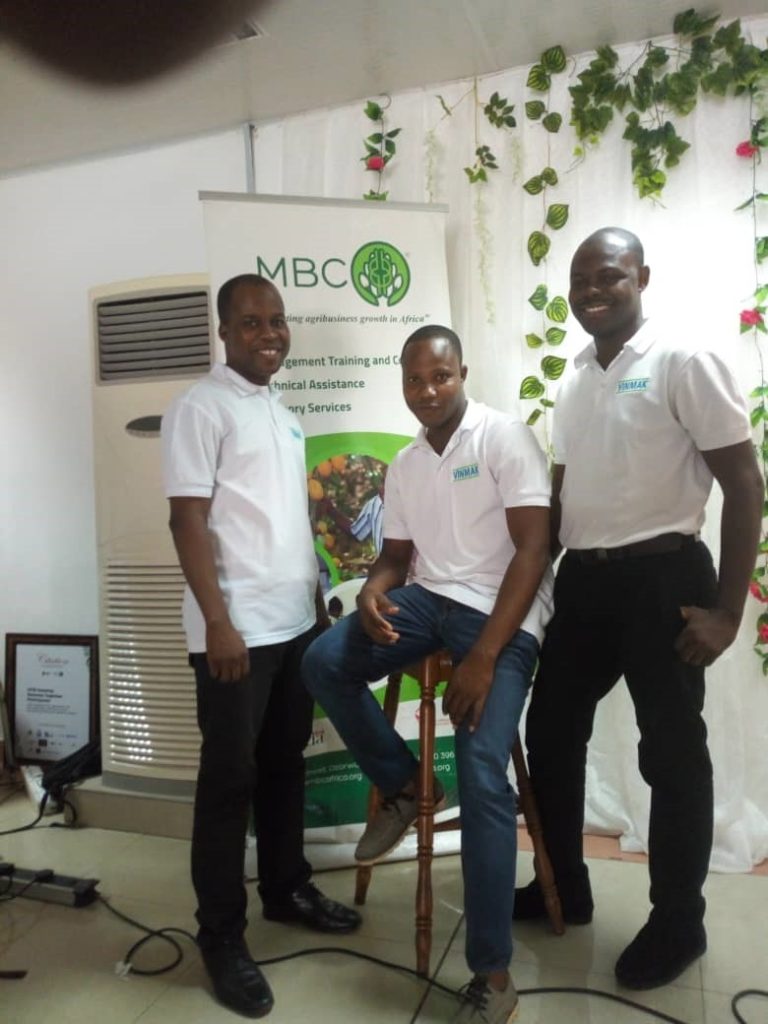 The role of GCIC

The Ghana Climate Innnovation Centre (GCIC) has also played a very instrumental role in the success of Vinmark Farms. The GCIC has helped them integrate climate concerns into the business. Again, the GCIC has provided a portfolio manager in the form of a mentor who guides them in taking important managerial decisions.

What should government do to assist

“Entrepreneurship is rewarding, but it is hard work. It is not about sitting idle; you need to get to the grounds and do hard work. Again, entrepreneurship needs endurance; it takes time for a business to grow and so we should be patient.”