Green Run, the biggest Climate Change campaign in Ghana has been held in Accra.

A cross section of people including foreign emissaries, entrepreneurs, government agencies, students and the general public went through some principal streets of Accra in their green reflector vests for the worthy course. 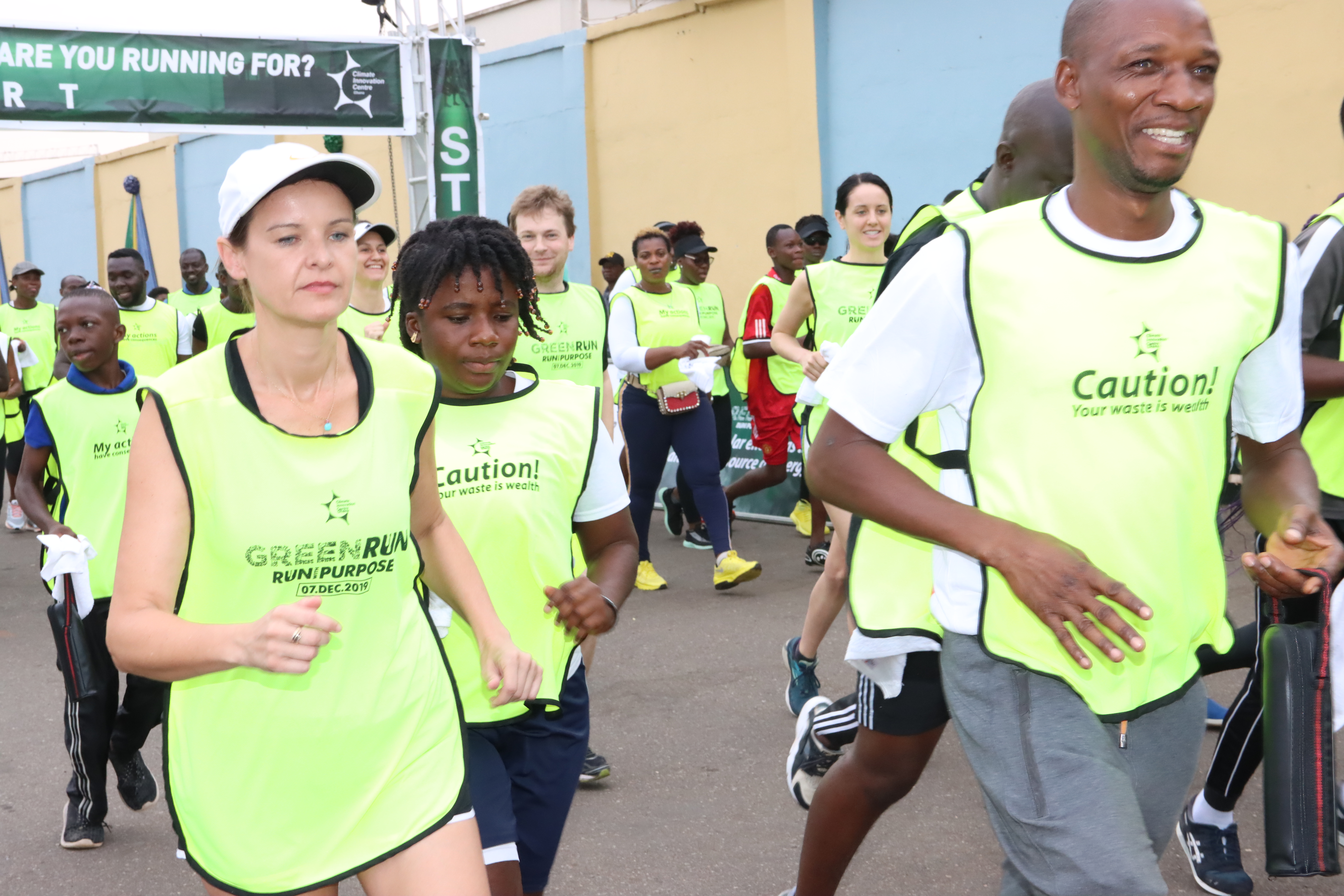 The Executive Director of GCIC, Ruka Sanusi, affirmed the need for personal climate action to mitigate the effects of Climate Change. In her estimation, this was an effective way to win the fight against Climate Change. 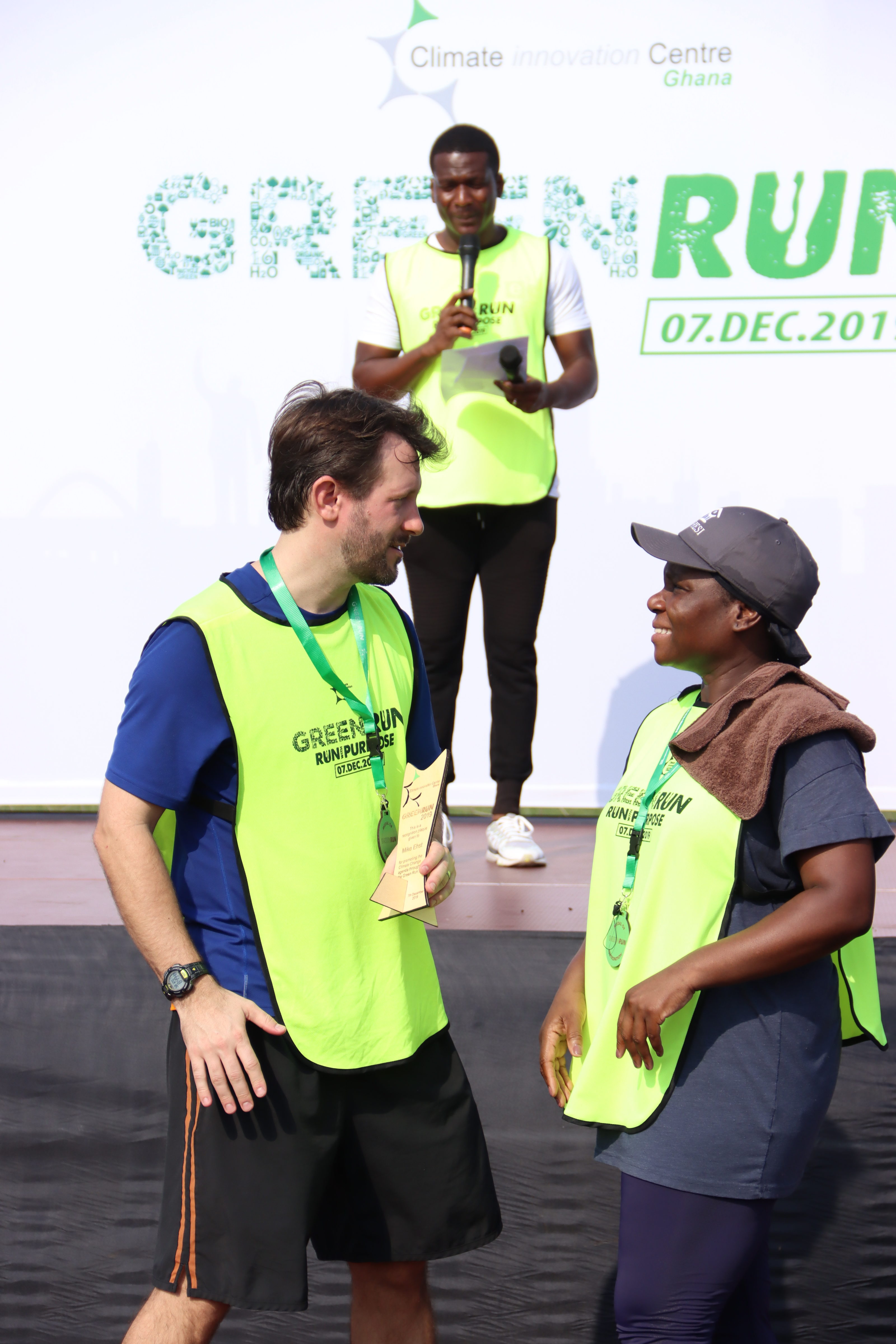 “In the face of this global crisis, Climate Change, we can play our part to mitigate its effects. When people come to understand the extent of damage Climate Change is causing our planet, especially its effects in Africa, they would be in a better position to answer this call to action” she said.

“It takes 2,700 litres of water to make one cotton shirt – the quantity of water you and I would drink in two and half years. That means we would have to look at innovations around how manufacturers produce textiles. We can make textiles from bamboo, pineapple peel and waste, and other material, so we don’t deplete planet earth” she advised.

She added that “GCIC through its entrepreneurs is innovating solutions to Climate Change –energy efficiency, solar energy, water purification and management, climate-smart agriculture and waste management”.

During the Run, Torchbearers led the way with green bamboo torches – passing them on after each kilometre – to symbolize each individual’s responsibility to take Climate Action and to pass on education on Climate Change to all others.